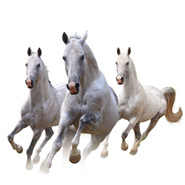 With our Emotional Education Guide we are seeking to talk to you about possible aspects of your child or pupil, in order to help you perceive their potential beyond the mere academic aspects or those related to the subject you teach. Children will appraise themselves according to how they are perceived by those around them and, therefore, those around them should assess them globally, bearing in mind their type of intelligence, how they function and their emotional aspects.

There are people who are more mentally inclined and others who are more emotional, and they will be influenced by this throughout their lifetime. People who are mentally inclined will feel the need to nurture their mind with information, whereas those who are more emotional will be prone to reacting to life at large. In either case, a measure of distance is advisable to view the situation from the outside. A mentally inclined person will need to silence his mind occasionally, even though his mind may not be prone to it. They need to understand that their being is not their mind, so that their mind does not control them. And a more emotional person must not let his emotional side affect him negatively and influence his every move—instead he needs to understand his functioning and learn how to handle his emotions. What a human being registers most is what he actually feels as coming from his mind and his emotions, and that is what lasts in him.

If one is fortunate enough to grow up in a receptive environment, made up by persons with understanding, who are lively, creative and bold, this will stimulate their innate capabilities. An excessively materialistic, pragmatic and consumption-oriented atmosphere will deviate or hinder the development of their spirit and their grasp of wisdom, which strikes a balance between intelligence and intellect, on the one hand, and feelings and emotions such as good judgment, love and tenderness on the other. Howard Gardner, in his theory of multiple intelligences, did not mention spiritual intelligence, but he did refer to it as existential or transcendent intelligence. According to Gardner, it is “the capacity to locate oneself with respect to the cosmos, and the related capacity to locate oneself with respect to such existential features of the human condition… such as love towards another person or the immersion in a work of art.” Spiritual intelligence allows one to put their life in context and to unify the multiple intelligences, connecting them to the sense of unity and to a common brain that governs the whole. Spiritual intelligence is not attached to any given religious persuasion; every human being has this intelligence and the potential to develop it.

The values you have established as governing you, the thoughts emanating from your brain will define you as a person and will influence your purpose. This will place conditions on what you do and how you do it. The process of doing is more important than what you actually do, because it has an effect that persists in the person involved. Positive thoughts towards oneself and towards others will highlight and have a tangible effect on a person’s future. Ill-willed thoughts will have a destructive effect; they will set negative conditions, blocking one’s own possibilities and those of others.

Disease and illness are influenced by the way one thinks, acts and feels, but those who function affectively will communicate in this way their thoughts, their actions and their feelings towards their environment. They will view life at this level, stressing what is positive in themselves and in others, and this will partly neutralise anything negative that might arise in their life. Working on one’s internal balance, understanding oneself, transcending one’s defects and the need of importance, will free one from their conditions, allowing one to have better control over himself or herself, leading towards the happiness we all strive to attain.