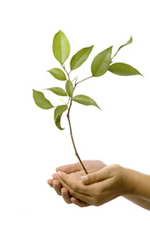 Children with ADHD have impulsivity / hyperactivity, and inattention levels that exceed the norms for their age. Additionally, these problems are chronically present, from pre-school age (although sometimes problems do not arise until later) and in all circumstances of life (family, school, etc).

There are other very common problems in hyperactive children. They have a hard time planning, organizing, prioritizing, and so on. In fact many doctors feel that these difficulties with thinking are the really important problem and key to the disorder. It is also typically difficult to organize their time.

There are children with ADHD with many very intense symptoms that also have many problems with adaptation and functioning. Others have mild symptoms and with adequate support can develop without major problems. The scales provide help in assessing the severity or intensity of symptoms, and to follow its evolution. Some that are useful are the CBCL scales, SDQ, Conners, Brown ADD-S, and the ADHD-RS-IV.

Aside from there being more and less serious cases, in general the behavior of these children is often worse later in the day than in the morning. They are also worse in situations that require sedentary activities than those that allow movement (such as sports or recreation).

"The child is confused, forgetful, does not listen, does not pay attention, loses everything, unable to do his own homework, takes so much time to do things he knows how to do perfectly well, makes so many stupid mistakes, can get an A- on a test or get a D- with one or two days difference, does much less than what is could do, he could make better grades.”

Hyperactive children are usually steered off task by external stimuli that compete what they are doing, such as the phone ringing, a child speaking in class, a fly whizzing by, etc. It is much less common for the child to be distracted by his or her own thoughts or worries.

A related problem to attention is what is called "executive functions" or the "working memory". This is reflected in the difficulty of keeping information in your head during the time necessary to make a decision or perform a complex activity. Also, the difficulty to do mental tasks that are "complex" such as planning, organizing, anticipating, etc.

"He does not sit still, he makes you crazy always tapping or moving his leg, he cannot do one thing at a time, he is unable to remain seated at the table during dinner, he goes up and down in the chair without stopping, it’s like he’s got a motor in him, he doesn’t stop talking "

Hyperactive children have been described as lizard tails, people on the move, unable to sit still for a moment. The need for movement can be displayed in a noisy fashion, with continuous movement, jumping, bouncing, screaming, running, with continued small accidents, or in a more disguised form. Older children or more reserved ones are able to stay seated, but continuously move a leg, a finger or repetitively tap on the table or the floor. This can be very annoying if you are around, but the excessive movement only draws attention with careful and close observation.

"He says things without thinking, consistently puts his foot in his mouth, then regrets it, has tantrums or mouths off, rushes to answer, talks out of turn in class, interrupts others, cannot wait in line, rushes tasks and answers awkwardly making mistakes without reading everything, and we spent the day in the emergency room because he stumbles, falls, acts like an idiots, always has a scrape or cuts "

Doing or saying something before you think is one of the typical characteristics of ADHD. It is also typical of children without associated behavior problems to be sorry about those behaviors that harm others or those that are disrespectful. The intent to harm is not characteristic of the disorder and that is why when a child with ADHD insults his or her parents or a teacher, or hits another child, he or she often feels bad about it afterward. A typical remark from parents about their child's hyperactive behavior is how he or she has a good heart and how he or she is as caring and sensitive as could be. It is important to differentiate impulsivity that accompanies antisocial disorders as opposed to the impulsivity of hyperactive disorders. Saying socially inappropriate things, which are often absolutely true, is typical of hyperactive children. Such as the child who says that an aunt has gotten fat at a family reunion, embarrassing his or her parents. Sometimes this tendency to say inappropriate comments motivates the rejection of the child’s peers when modesty or secrecy is important, such as with groups of teenagers when they start dating or when ganging up to do stupid things. Being branded as "clumsy", "clowns" or "smart mouths" is often the least offensive things that these children can be called at school. And all for not considering the consequences of what they do or say before hand.

Hyperactive children are impatient. They cannot wait for long-term results of their efforts, whether or not these results being positive or negative. That is why it is difficult to regulate their behavior with time delays.

Because of their impulsivity many are risk takers. In young children, an example might be that they cross a street without looking both ways because a friend who is on the other side is calling them, or they get lost in the supermarket. In adolescence, drug use, particularly the exposure to them, reckless driving, and promiscuous behavior, and all without adequate safety measures being taken are the typical risks faced by these individuals. In adulthood they can suffer the consequences of hasty decisions, both at work and in their personal life, or angry outbursts in response to irritating circumstances.