Other disorders that may appear to be ADHD 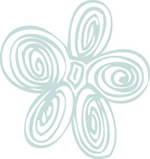 There are no mental disorders that can be diagnosed with an objective physical test. The diagnosis is clinical and the tool required is knowledge of the psychiatric pathology and normal development of children. A good clinical history is the foundation of all diagnoses in psychiatry.

There are many other mental disorders that can cause alterations in attention, impulsivity and hyperactivity: ex. depression, reaction to trauma, anxiety, reaction to a crisis, a psychotic disorder. Also learning disorders (dyslexia, intelligence limit, etc.) may seem like ADHD at times.

As an example, a child might not be able to concentrate at school (inattention), be agitated, restless (hyperactive), and react sharply to anything people say to her (impulsivity) because her parents separated 6 months ago. The same can happen in an adolescent who has begun to consume cocaine, and in many other situations.

The doctor should ask anything that allows him or her to rule out other causes of the symptoms that are exhibited.

Are a common cause of symptoms of hyperactivity and attention deficit. Dyslexia (reading problems), specific comprehension problems or intelligence limits, cause children to not focus well, to not understand and to get off track. Whenever there is a doubt about the ability to learn (general intelligence or specific skills), a simple psychological test (general test of intelligence and literacy) should be done.

Other psychological or psychiatric problems

Are the most common in children. Sometimes these can be mistaken for ADHD.

Anxiety disorders can sometimes seem like ADHD without hyperactivity, i.e., especially inattentive children as the only symptom. When the basic problem is anxiety, children are often preoccupied with their problems and that does not allow them to concentrate on academic issues.

Children with conduct disorders are characterized by behaviors such as purposely not following the rules or intentionally breaking the law, which are not typical of ADHD children.

Emotional disorders may also be confused with ADHD, both depression as well as bipolar disorder. Young children tend to express their discomfort with emotional behavior, movement, and lack of concentration because they cannot even explain their feelings verbally and psychologically.

Adolescents also tend to show sadness with irritability, opposition and impulsivity, which also is sometimes confused with a depressive state with ADHD. One key is to differentiate whether the problem is chronic or if it has appeared in a time of a child's life having not been present before.

Bipolar disorder occurs when an individual alternates depressive phases with euphoric or manic states. These states are characterized by excessive activity, energy and vitality, joy or excessive irritability, low need for sleep, accelerated speech and thought, and other like symptoms. If you are not familiar with the trajectory of a child a status may be confused with a manic state of ADHD.

Rarely ADHD and bipolar disorder overlap in the same person. When this happens, first ADHD appears and bipolar disorder has an onset some years later, usually after adolescence. Only the evolution and changes in depressive phases indicate that we are sometimes actually faced with a bipolar disorder. This differentiation, which can occur on many occasions, must be seen by mental health specialist, and it is very important to include pharmacological treatment. Manic states are transient, while ADHD is more persistent. Also family history, the evolutionary development of the child, and detailed study of the symptoms can help us to differentiate the two disorders.

The fact that hyperactivity and attention deficit occur in a single area of a child’s life tends to indicate that all or part of the problem is environmental. For example, if the child is restless at home, impulsive and not listening, there may be relationship problems, family communication and stress issues that are producing this event in the child. If the problem only occurs at school instead, the school may not be appropriate, disciplinary style may be stressing the child; there may be a situation of mistreatment or abuse by their peers, and so on. It could also occur in children who have problems with intellectual abilities, they may not pay attention because they do not understand and this is unmotivating and distracting them.

Almost any psychiatric diagnosis can be confused with ADHD in certain circumstances, so a complete medical history and a complete evolutionary psychopathology evaluation, including other symptoms apart from ADHD is essential. The rest of possible mental health problems such as substance abuse, tic disorders, developmental disorders (Asperger's, for example) or mental retardation, are easily identified in a complete history.